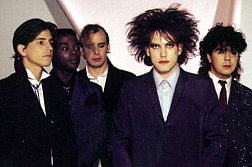 True rock icons, and one of the most influential bands of our time, The Cure are set for their first live show in Croatia as headliners of INmusic festival #14! The Cure will grace the Main stage of INmusic Festival #14, Croatia’s biggest music festival which will take place at the Isle of Youth at Zagreb's lake Jarun from June 24th to June 26th, 2019!

Following The Cure’s 40th anniversary celebrations the band have confirmed plans for a festival tour in 2019, and one of the coveted festival dates will take place at INmusic festival #14. The long awaited festival tour by the indie rock pioneers will also mark The Cure’s first ever live performance in Croatia, and set INmusic festival #14 in great festival company along with Rock Werchter, NOS Alive, Mad Cool Festival, Rock en Seine, etc. which will also host The Cure as this festival’s season top headliner. INmusic festival #14 will take place at the Isle of Youth at Zagreb's lake Jarun from June 24th to the 26th, 2019. Festival and camping tickets are available online via the official festival webshop (Festivalticket for 70,- Eur)