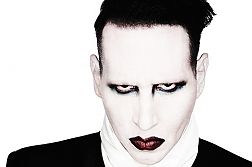 The 42-year-old American performed in Austria many times including a show at the Nova Rock festival in Nickelsdorf in 2007. "The High End of Low", his seventh studio album, was released to mixed reviews in 2009. Vienna’s Kunsthalle museum put a series of paintings by the rock star on display as part of its "Genealogies of Pain" exhibition last year.