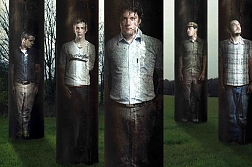 Since Thursday night, OSHEAGA fans have been having fun trying to guess what the the 2014 lineup will consist of by deciphering the hidden clues in a mural image on the festival’s website. Now Osheaga officially reveal which artists will perform during the 9th edition of OSHEAGA, which will take place from August 1st to 3rd at Parc Jean-Drapeau in Montreal.

OSHEAGA welcomed 135,000 fans last year, selling out all tickets for the second year in a row. Presented by Virgin Mobile in collaboration with Molson Canadian, the 2014 edition promises to once again offer an outstanding experience to local and travelling music lovers who enjoy nothing more than seeing and listening to countless talented artists outdoors on a hot summer weekend.

NEW STAGE
New this year: a sixth stage has been added in order to complement the offerings on the Galaxie Tree Stage. In an intimate yet exciting setting, this new stage will feature local and international emerging talents who will become tomorrow’s headliners.