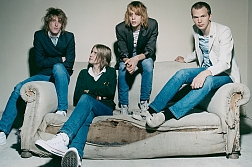 Around three million people are expected to attend this year’s Donauinselfest, the biggest music festival free of charge in Europe. More than 300 bands, artists and theatre groups will entertain the crowd on thirteen stages from 26 to 28 June on the Donauinsel, the city’s huge recreation area.

Vienna Social Democrat (SPÖ) politician Harry Kopietz had the idea for the event in 1983 in order to promote the - at that time unfinished - Danube Island as a more attractive area. Organisers expected around 15,000 people but 160,000 showed up - and the Donauinselfest, which will see its 26th edition this year, was born.

This year’s highlights will be the performance of chart-topping UK rock bands Razorlight and Snow Patrol.

A full, permanently-updated line-up can be found on our festivalsite.