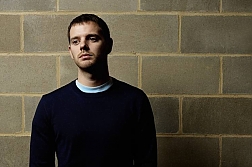 Mike Skinneris the man behind the musical phenomenon that was The Streets. Now that he has retired the moniker of The Streets, Mike continues to push things forward with his genre bending DJ sets. Reflecting his love of cutting edge sounds, Mike's musical selections are as eclectic as his production capabilities.

From screwed down house to old skool hip hop via drum and bass bangers and peppered with his own, up the minute refixes, and classic tracks, Skinnernever fails to ignite the party spirit. Mike's personality as both an entertainer and a musical trendsetter has never been bigger.

INmusic will take place from June 22nd to 24th 2015 with the support of Zagreb Brewery (powered by Ožujsko pivo), and OTP Bank (which will once again provide cashless and contactless payment at the festival).