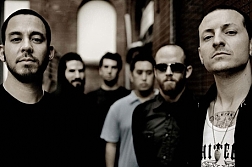 The organizers of Telekom VOLT Festival promised something big for the 25th VOLT! LINKIN PARK will kick off the 5-day event held in Sopron beginning June 27, 2017. With over 50 million albums sold worldwide, Linkin Park?s devoted multi-cultural fanbase has made them one of the most popular bands in the world. They have sold out stadiums and headlined some of the biggest music festivals, and now will be performing at VOLT for the very first time.

For details go to: www.voltfest.com

Hailing from southern California, Linkin Park burst onto the scene in 2000, with their debut album, Hybrid Theory ? the biggest selling debut of the 21st century, selling over 19 million copies worldwide. The band?s latest album, The Hunting Party, reached #1 in the iTunes store of 67 different countries. Linkin Park are currently in the studio working on their seventh studio album for Warner Brothers Records. VOLT attendees can look forward to hearing music from the new album, as well as some of their biggest hits.

More information on the 2017 edition is coming soon!