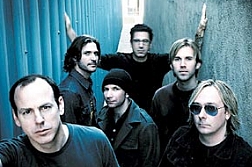 Sziget Festival is gearing up for it's 25th Anniversary edition in 2017 with the first 14 names representing different genres and keeping the music line-up as colorful as always with Major Lazor, Dimitri Vegas & Like Mike, Two Door Cinema Club and more!

Sziget Festival, the Island of Freedom, a week-long festival holiday in Budapest has just announced the first 14 names of the line-up. The announcements will be continuous from now on, featuring not only music, but contemporary theatre, circus, art and much more! Sziget is held between 9-16 August 2017 and passes for a discounted price are available till 31st December.

Sziget Festival takes place on a beautiful green island in the middle of Budapest, where more than 500,000 Szitizens unite from more than 100 countries to celebrate. Sziget has received the award for ‘Best Major European Festival’ twice, while last year it was awarded for the festival with the ‘Best Line-Up’. The program of Sziget breaks down to more than 50 venues, where one can not only plan to see top headline acts on the Main Stage, but can experience a unique vibe, where the program is on 24/7.

Hundreds of acts and programs will be announced in the forthcoming months, now starting with 14 names, representing different genres and keeping the music line-up as colorful as always.

Dimitri Vegas & Like Mike will host the spectacular End Show of the 25th Sziget, happening as the last act on the Main Stage, on the last festival day. Major Lazer will also take over the Main Stage of Sziget as a headline act, plus Tom Odell and Two Door Cinema Club.

Kicking off the program of the Arena: Oliver Heldens and W&W are the first to be confirmed. Many more are expected to be announced for even more venues in the upcoming months.

Tickets:
During the kick-off 24 hours of ticket sales, more than 25% of passes were sold, while now one can buy passes for a discounted price until 31st December. 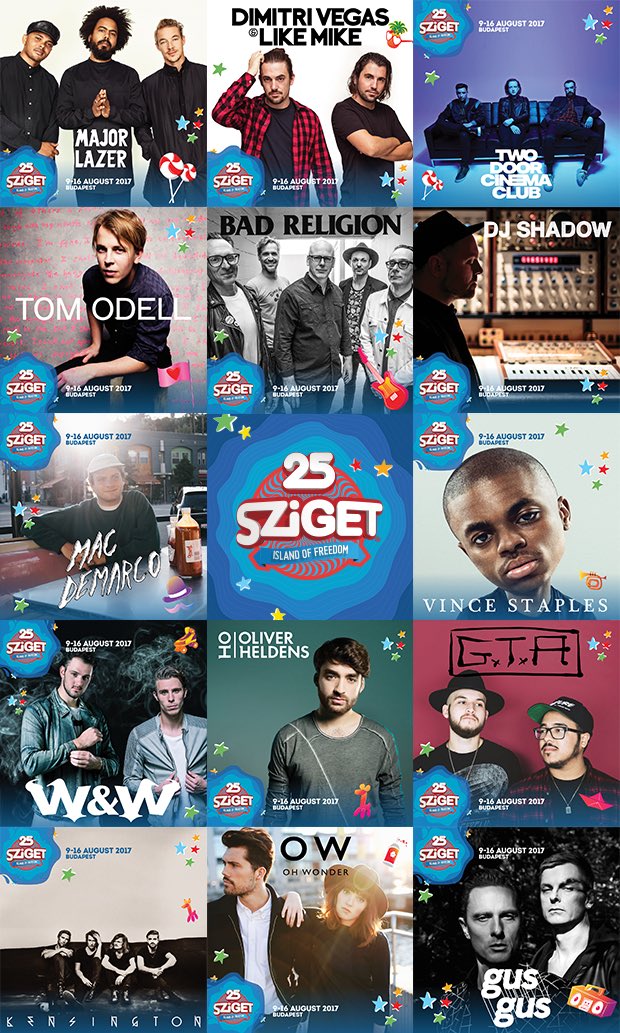 To feel the real Sziget atmosphere watch the official aftermovie, summing up the 7 days craziness and good vibes!