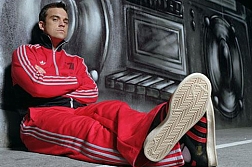 Williams is to unveil his upcoming album "Reality Killed the Video Star" at the show.

Tickets for the screening will cost 25 Euros.

Cineplexx Austria’s live broadcasts of opera performances from Madrid, London and New York have drawn large audiences over the past few months and now the chain has announced it will show an Austrian opera production for the first time.

Cineplexx Austria said tickets for the "Kepler" broadcasts were available free of charge at www.kepler-oper.at.