The brilliant Kasabian are set to headline INmusic #12! - britishrock.cc 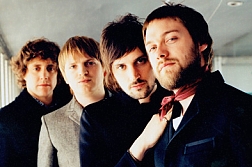 One of the most popular modern rock bands – the fantastic Kasabian, are set to headline INmusic #12! The fierce Leicester four will play their first Croatian show at INmusic festival #12 this June!

Kasabian have numerous tours, sold-out stadium shows, and headline performances at some of the world’s most famous festivals under their belt, but their triumphant Glastonbury headline performance in 2014 in front of over 50,000 Glasto-goers set a new standard for live shows worldwide. This year, Kasabian’s contagious and furious energy will rock Croatia for the first time ever on the main stage of INmusic festival #12!

For the upcoming twelfth edition of INmusic festival along with the amazing Kasabian, the equally spectacular Arcade Fire, Alt- J, Michael Kiwanuka, Repetitor will grace the stages of INmusic festival, many more names to come soon.

The twelfth edition of INmusic festival will take place at the idyllic scenery of Lake Jarun in Zagreb from June 19th to June 21st, 2017. Tickets are available at the official festival webshopfor the unbeatable price of 40 EUR.

An Freunde weiterempfehlen
Nachricht an britishrock.cc
"The brilliant Kasabian are set to headline INmusic #12! - britishrock.cc"